Grandmaster Susan (Zsuzsa) Polgar, a Hungarian-American chess player, is one of the strongest female players in history. 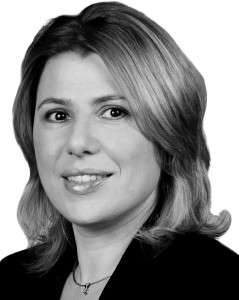 Though I’ve been known as a chess player my whole life, I find that characterization of me to be somewhat paradoxical. On the one hand, I’m a very social person, with family and friends representing the cornerstone of who I am. On the other hand, however, playing chess is often seen as a solitary activity. After all, when I face my competitors with the clock ticking and money at stake, it’s just me, all by myself. I reconcile those two opposing attributes by considering how I have approached chess differently from many other serious players. I always liked being part of a group. It made me feel invigorated when I participated on the Olympic teams, for example, and thus greatly encouraged me along the way to becoming a five-time Olympic Champion, never once losing a game. Beyond that, I’ve always felt part of the team of women players as a whole, and have endeavored to show the world that at the chessboard, women are a force to be reckoned with. In fact, I broke the gender barrier in 1986 to qualify for the Men’s World Championship Cycle, and in 1991 when I earned the highest honor in the sport, the grandmaster title, I was the first woman to do it using the same criteria as the men. Since then, many female chess players have followed suit. I’m proud of how women have advanced in the field, and have even set up my charitable foundation, The Susan Polgar Foundation, which has given out millions of dollars of grants to aspiring students, with one of its main missions being encouraging girls to excel in the game. Toward this goal, Doug and I and our publisher, too, have all decided to donate 10% of our income from this book to the foundation. When I first spoke with Doug, I saw that the greatness of teamwork could be applied to personal finance. Just as I teamed up for years with my sisters to compete in chess matches, I also work with my husband to succeed in our financial challenges. And along with all of the Rich As A King team members who helped Doug and me as we worked on this book, I hope that we’ll help our readers find their own paths to success.

Some of Susan’s other books: 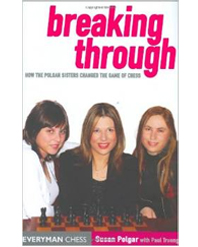 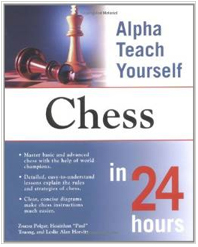 Great TEDx talk given by Susan about crushing the glass ceiling: