Chess and Investing Styles: The Matter of the Blunder 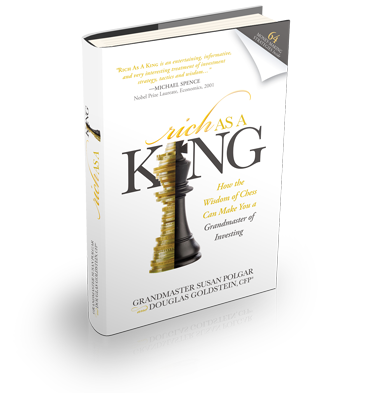 Have you ever studied a chess game and seen a move that just didn’t make sense? Worse yet, have you ever made a chess move that, as soon as you made it, you knew it was wrong? Every chess player probably has made a move that at the time, seemed like a good move, but in subsequent moves proved to be a blunder.

This problem is what first came to mind when I was reading an analysis of Game Five of the world chess championship game played between the Norwegian challenger Magnus Carlsen and the defending champion, Indian Viswanathan Anand. Both of these champions have very different playing styles. Carlsen historically plays an aggressive game. At 23, he has “grown up” somewhat since then to become a more rounded player. Anand, on the other hand, is 54 and has had a significantly longer career to develop his style. Unfortunately, in Game Five, those styles clashed when Anand’s blunder forced him to resign.

This brings to mind a question: What style of player/investor are you?
Let’s look at three past world champions to see if your chess/investing style matches theirs:

Tigran Petrosian. Petrosian, the so-called “Iron Tigran,” was perhaps one of the greatest defensive players in chess history. It’s been said that if chess could be played “close to the vest,” Petrosian wouldn’t even be wearing a vest. Chess grandmaster Paul Keres remarked, “Petrosian was a player who spent more time considering his opponent’s possibilities than his own.”
This technique is equivalent to the cautious investor who doesn’t like taking too many risks and is always worrying about the dangers of the volatile market. This kind of investor may lose very little because he risks very little, but he also may not gain as much as he potentially could.

Anatoly Karpov. In many ways Karpov’s play was very similar to Petrosian in that he preferred conservative positional play as opposed to open attacking. He liked to establish total control of the board through a slow process of insidious moves. Although Karpov established and relentlessly carried out a plan, if his opponent did something that disrupted his plan, Karpov’s moves from that point forward became totally unpredictable, almost as if he no longer had a plan.

When we invest in the way that Karpov played chess, we might find ourselves going back to where we started, encountering “issues,” replicating plays, and hoping for the results that led to success in the investments made before. Sometimes it works, sometimes it doesn’t.

Mikhail Tal. Tal’s style of play was to attack until he found a weakness, large or small, establish a trap, and then start attacking on another front until his opponent stepped unknowingly into his trap, whereupon he crushed his opponent.

Tal created a lot of imperfect positions in his games, but virtually no other player could match him in terms of speed and skill. He took risks, and as a result lost some games. perhaps Tal defined his style best when he described himself by saying, “I was worried, but so were my opponents.”

A Tal-style investor is a wheeler-dealer. This type of investor trades using his gut and his instinct to find what feels right, and then snaps the trap closed. He might find himself losing a fair amount of the time, but his intimidation skills will still make him a winner. The Tal investor is all about taking initiative to use risk and confidence to win the long run battles.